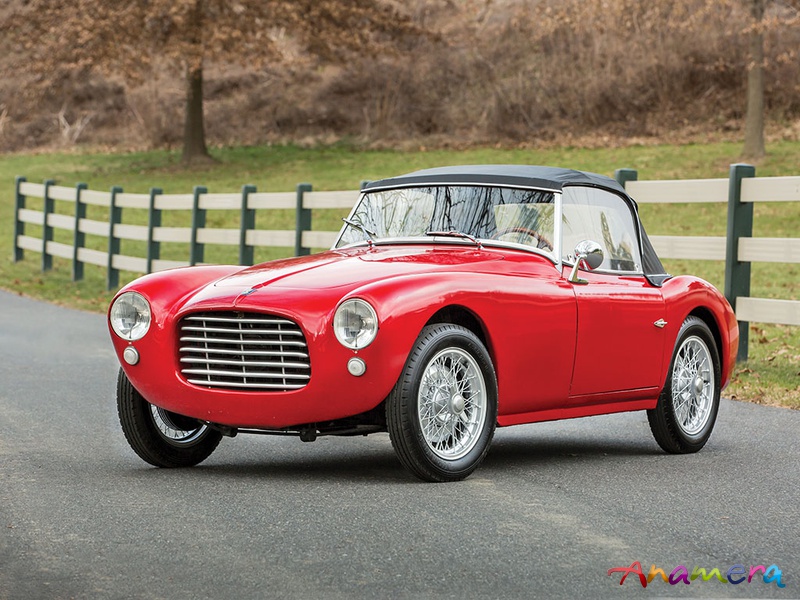 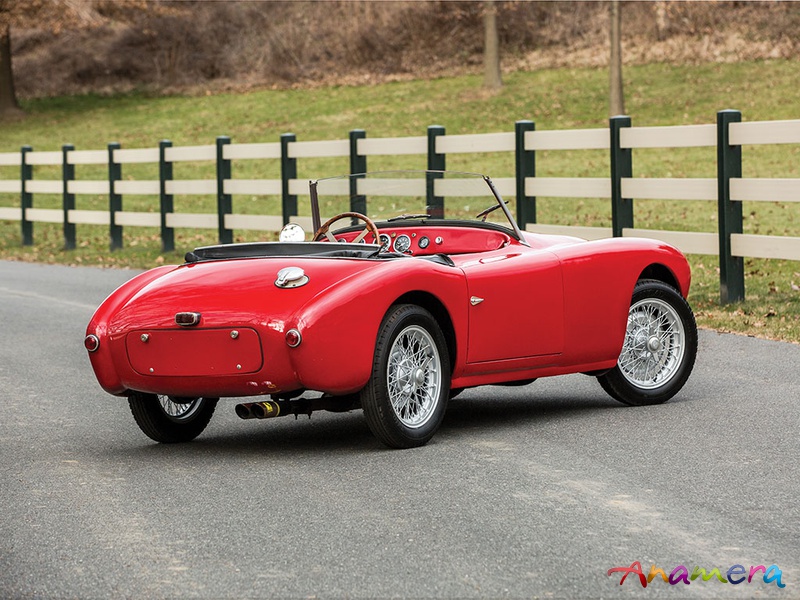 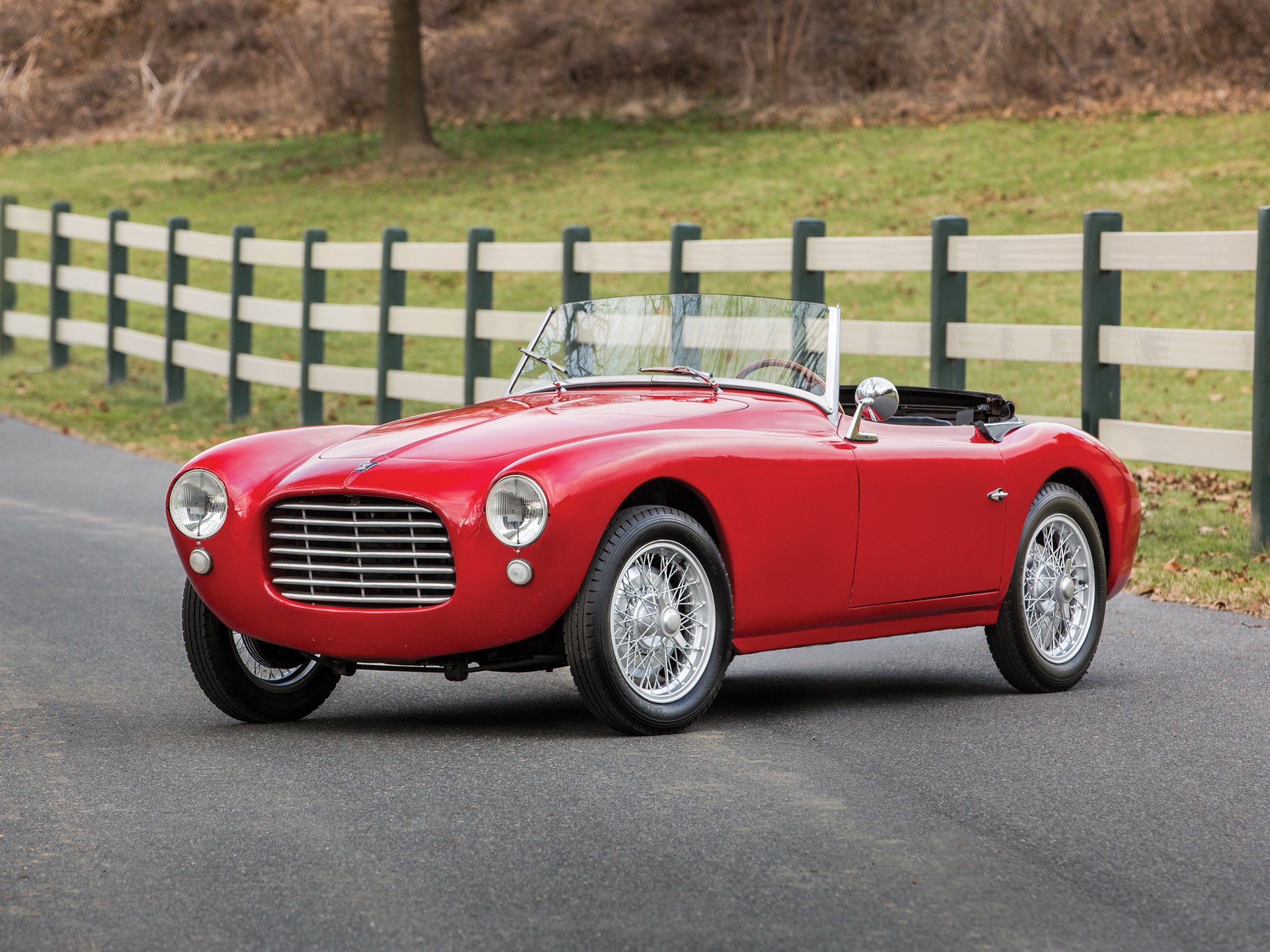 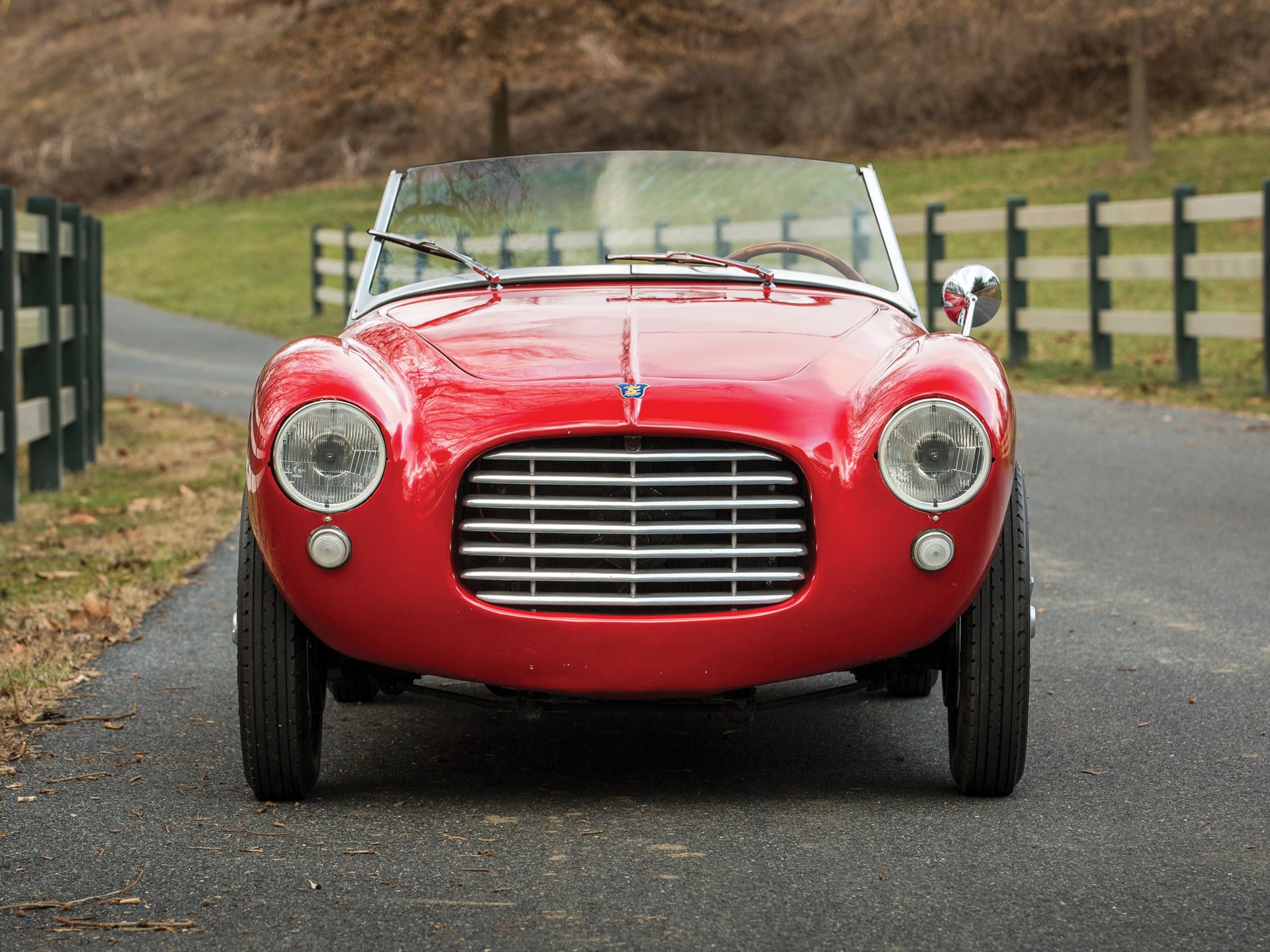 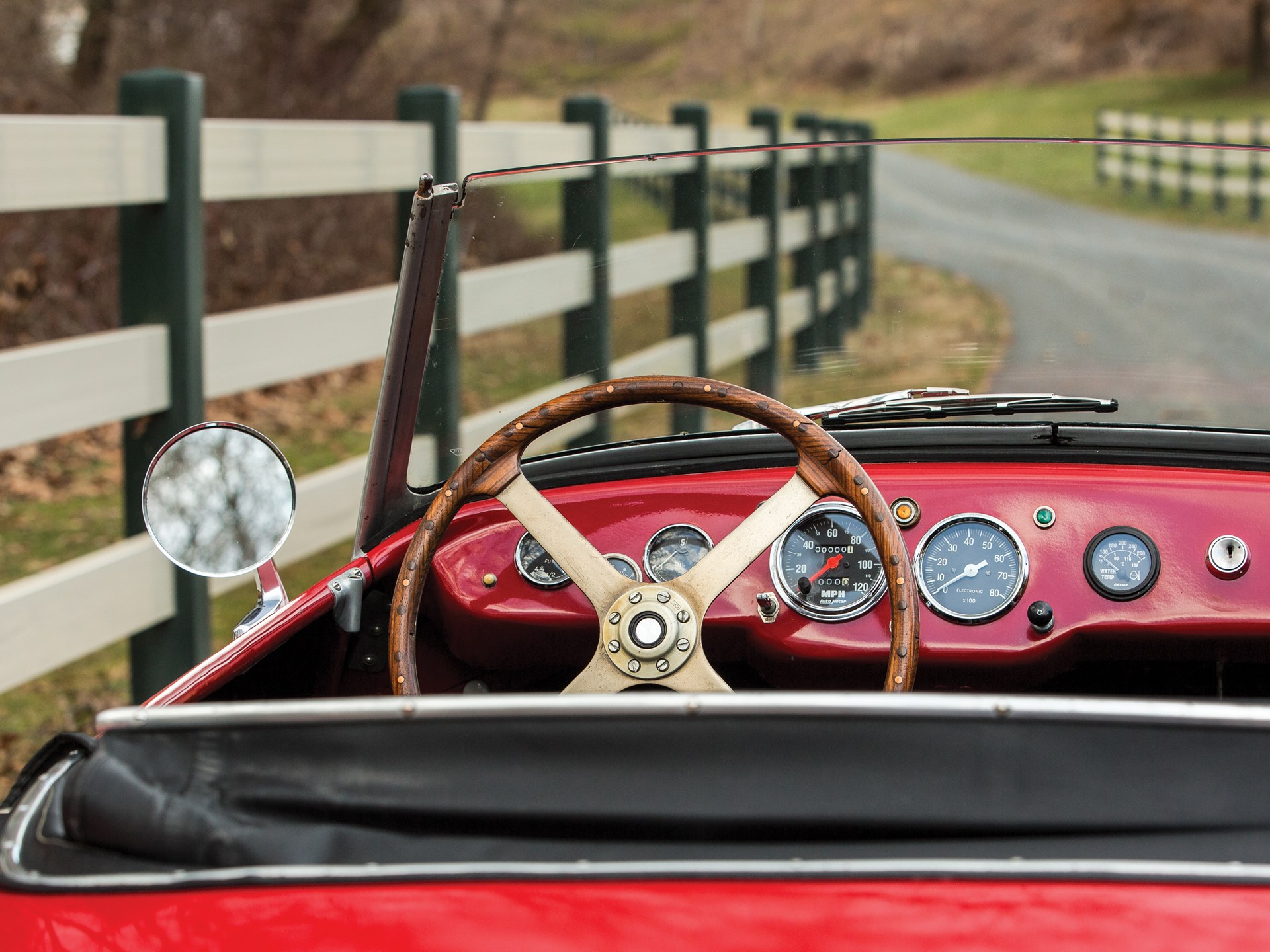 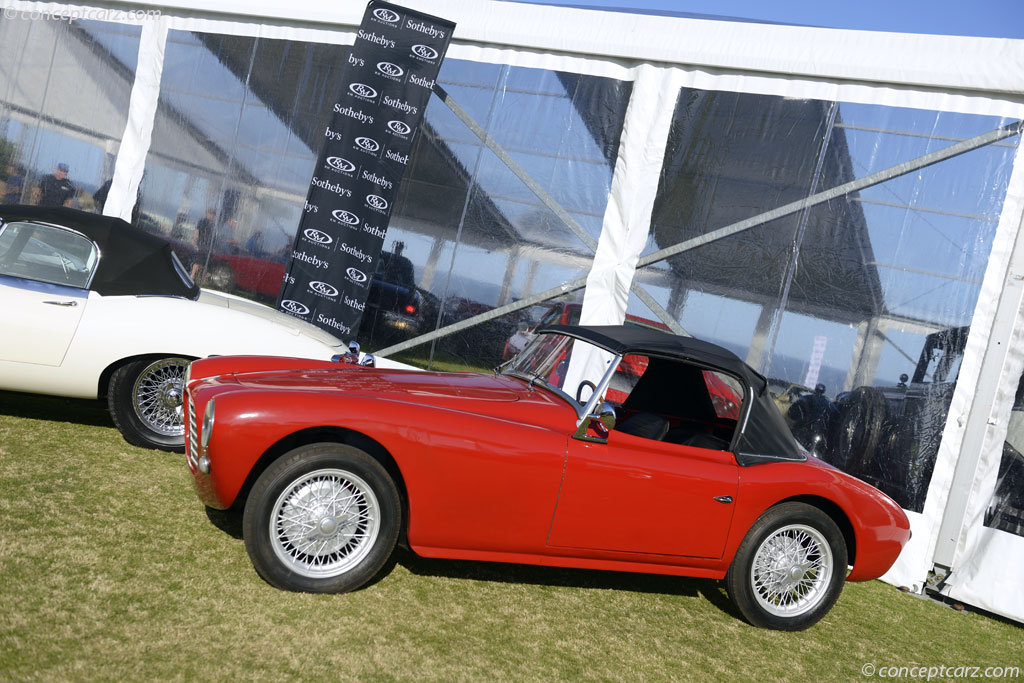 This car is a Motto Convertible, apparently bought new from Tony Pompeo in 1956 and put up for auction in 2016 by the same owner
Here is an extract of the 2016 RM Sotheby's auction Catalog.

Early 300 BCs were fitted with 750–cubic centimeter motors from Crosley while later cars were fitted with 1,100–cubic centimeter Fiat engines; some were allegedly delivered without drivetrains. With an estimated output of 51 horsepower, these little Siatas did not need much to rocket around a racetrack and could easily be tuned to produce more horsepower. As a result, they proved to be quite competitive during their day and were comparable to the four-cylinder Ferraris of the period—but available at a fraction of the price.
This particular 300 BC, chassis ST 438 BC, is a very late example, the 38th produced. It was originally fitted with the Fiat 1,100–cubic centimeter inline-four cylinder engine, which it retains to this day. Built in 1953, the Siata was subsequently imported to New York and purchased by Antonio Pompeo of New York City. Pompeo sold the car to its current owner in 1956. From the small town of Saylorsburg in Northeastern Pennsylvania, he campaigned the Siata at a handful of events throughout the late 1950s, including at hillclimbs in nearby Stroudsburg and Springtown and also in Keene, New Hampshire. The car even competed in ice races during the winter months on Lake Naomi in Pocono Pines, Pennsylvania, where it saw considerable success. The car was also updated with higher compression pistons and an upgraded camshaft for better performance.
Only used primarily for competition, the car was never road-registered until 1989, and by that time, it was largely kept in static storage in either the owner’s or his mother’s garage. It was only driven around the block once or twice a year to make sure it remained in running and driving condition. Furthermore, the Siata has never been fully restored, though it has received a repaint in its original color. Additionally, the original seats have been refurbished, and new carpet has been installed. Mechanically, the car’s fuel tank and fuel-delivery system have been reconditioned to ensure they remain in running order. The car is accompanied by the Bill of Sale from Pompeo to its current owner as well as the original check from that sale.
Gorgeous to behold and exciting to drive, the Siata offers the performance and panache of a four-cylinder Ferrari for a fraction of the price. This particular 300 BC is truly an incredible example and perhaps the most remarkable example offered in recent memory. Never damaged during its racing career and offered in largely unrestored condition from its current owner of an incredible 60 years, ST 438 BC is a remarkable car worthy of a remarkable collection.

No Linkes for this car