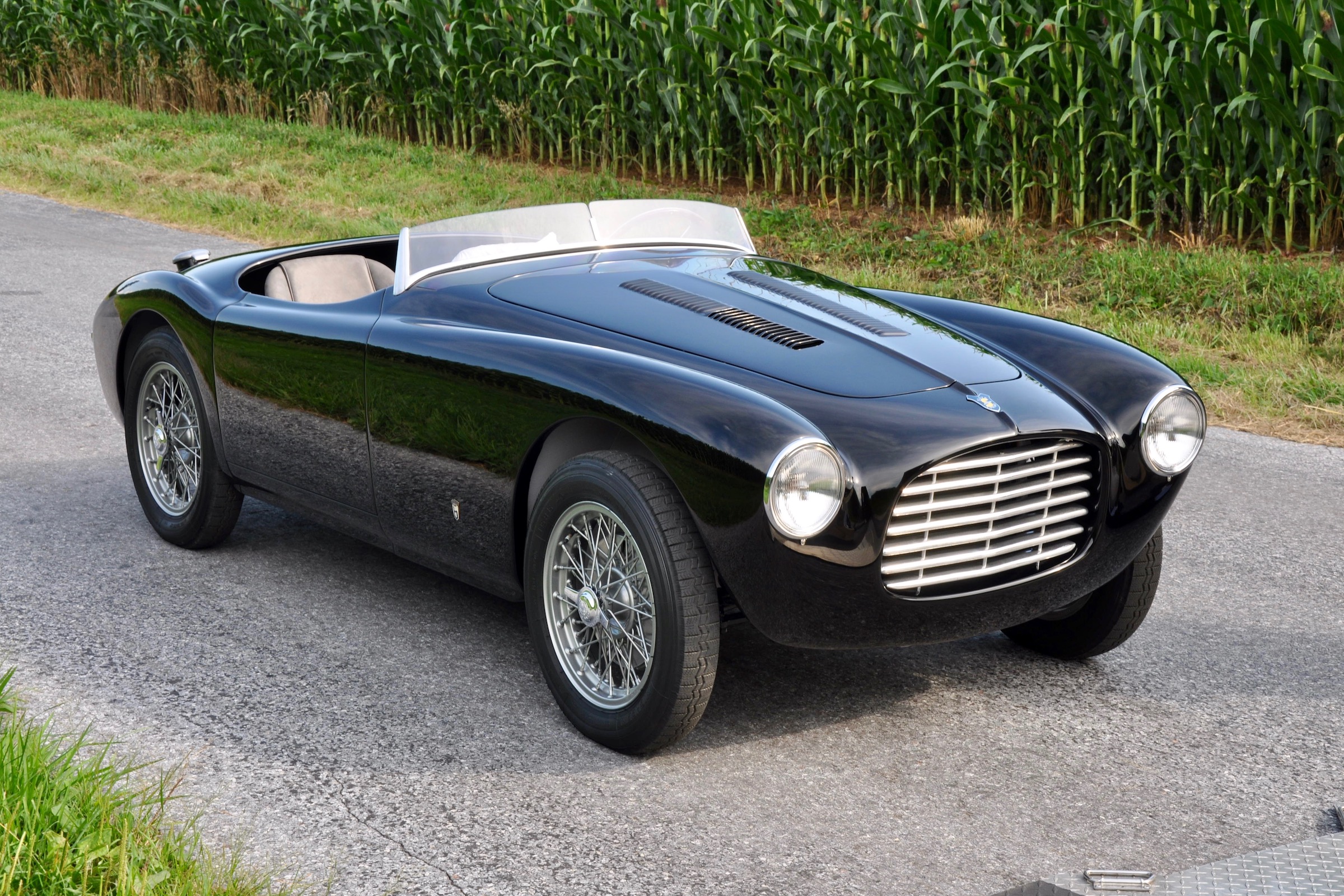 This car is the Chuck Stoddard "Tweety Bird" Racing Team car. "Chuck" was fairly successful racing with this Siata. 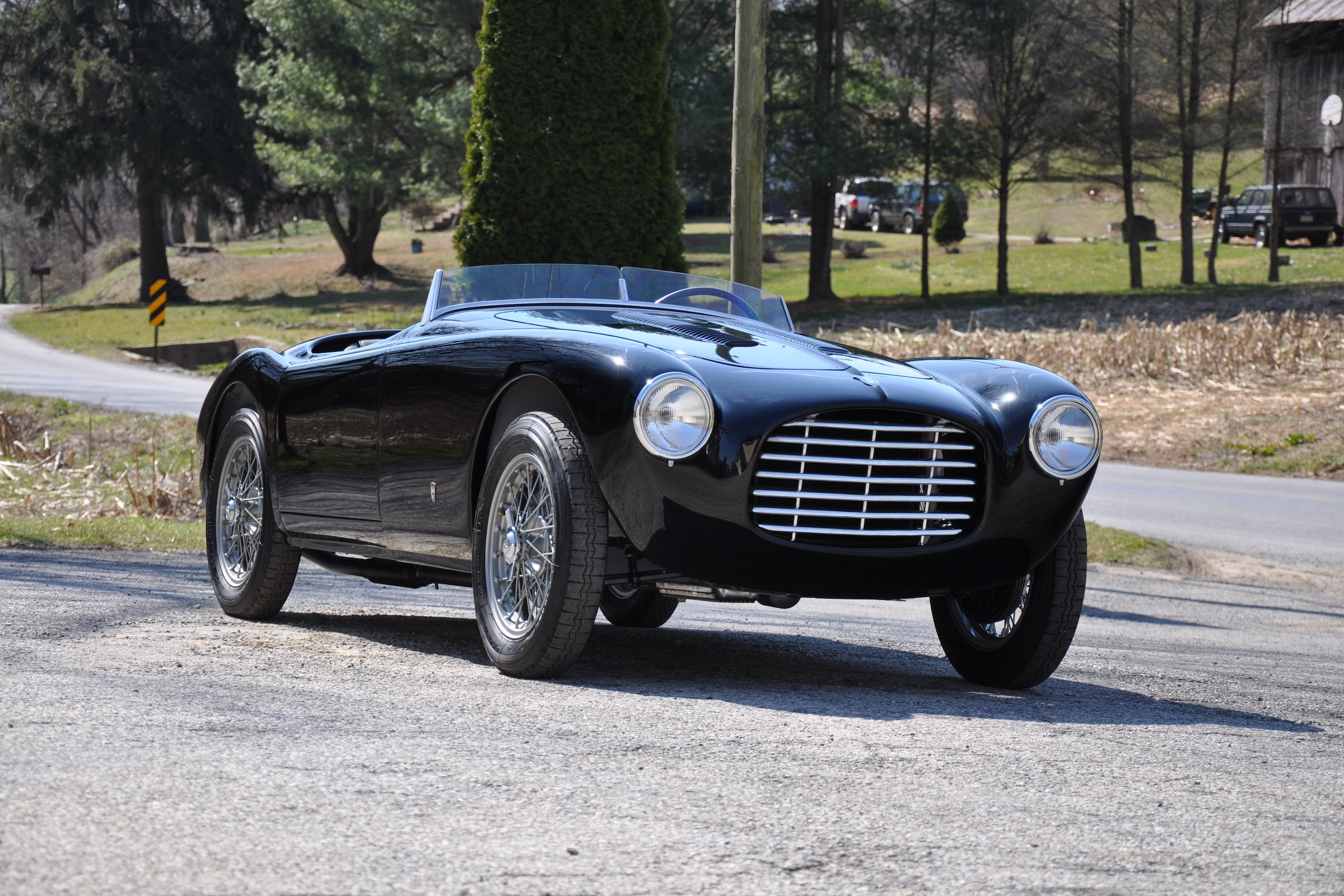 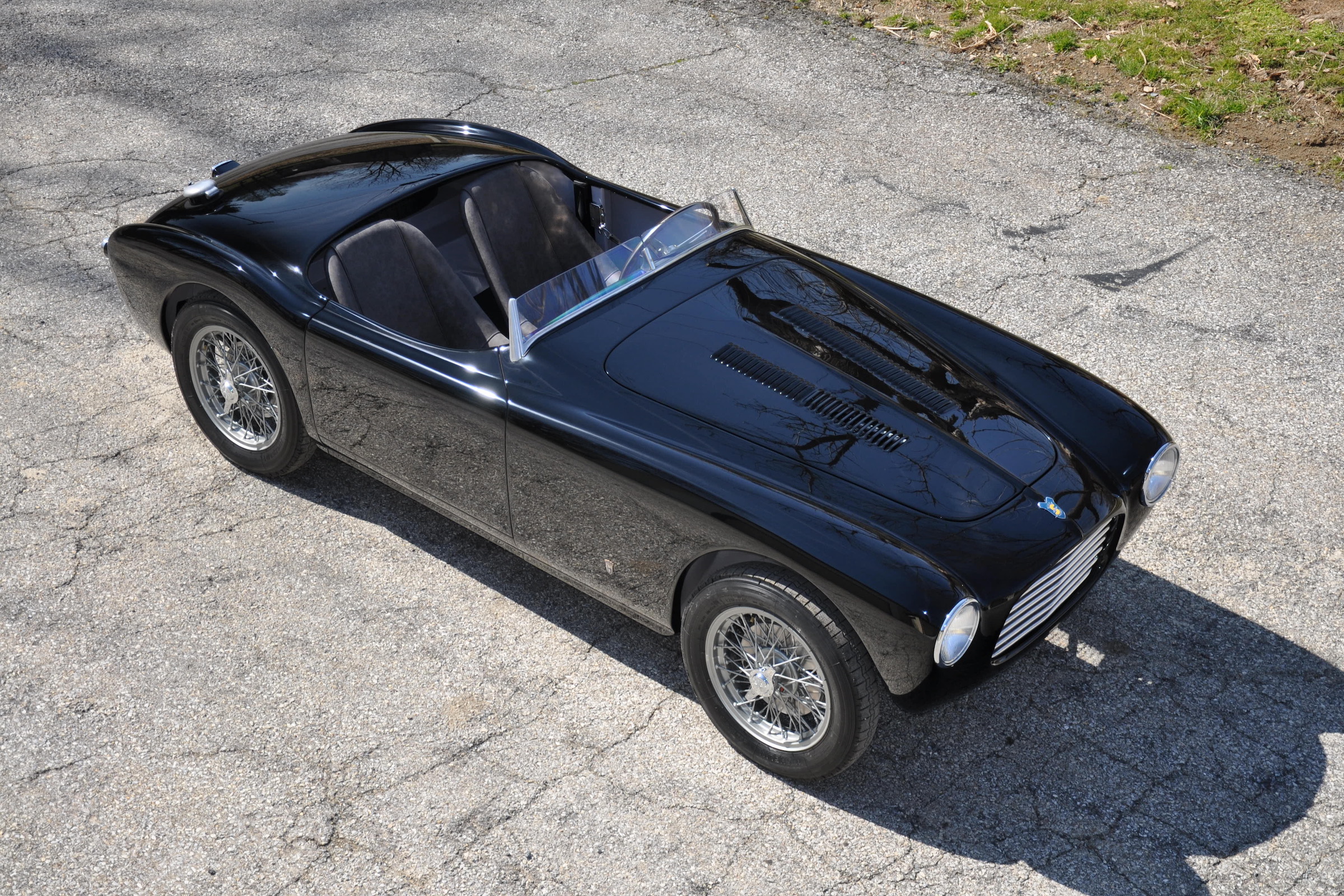 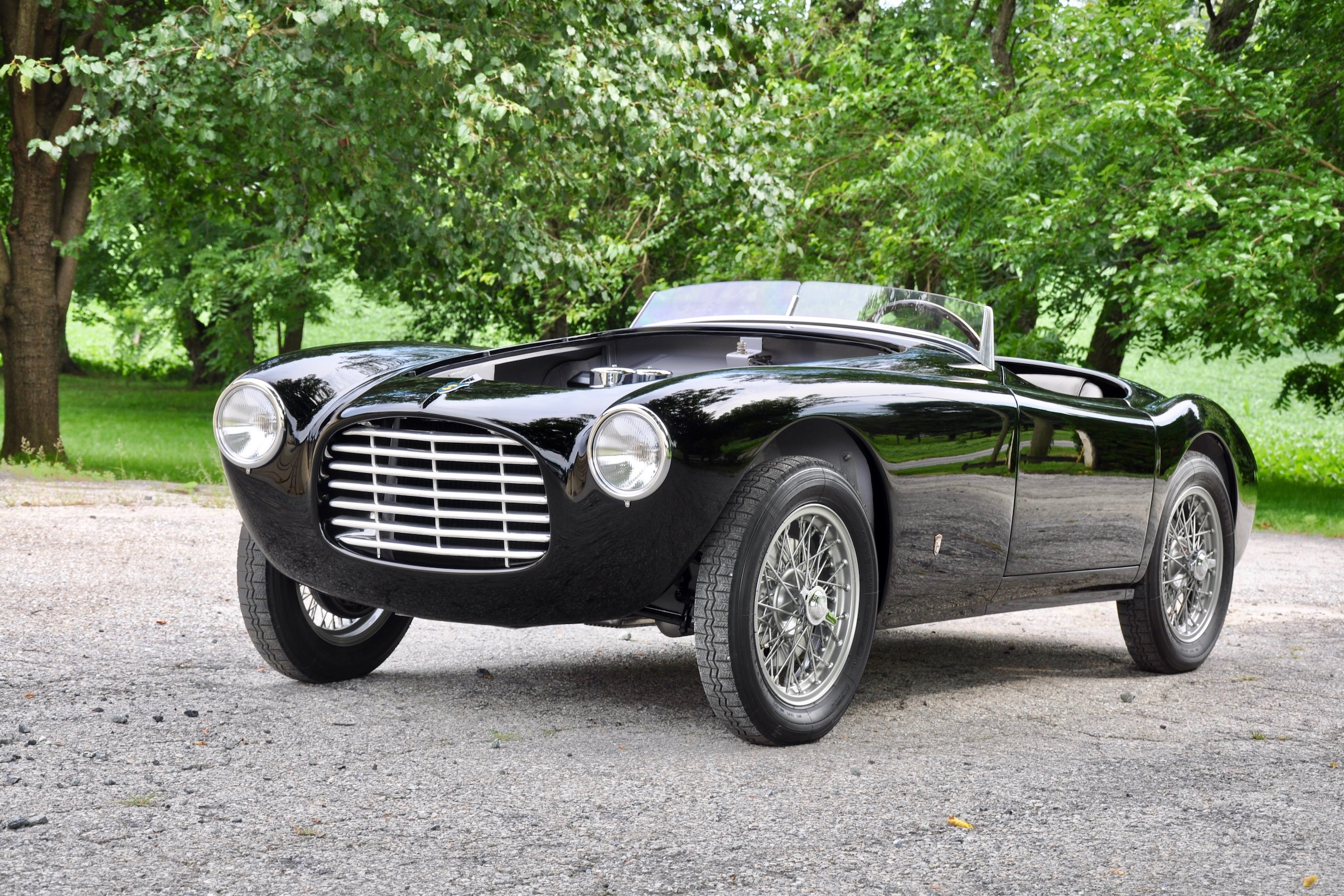 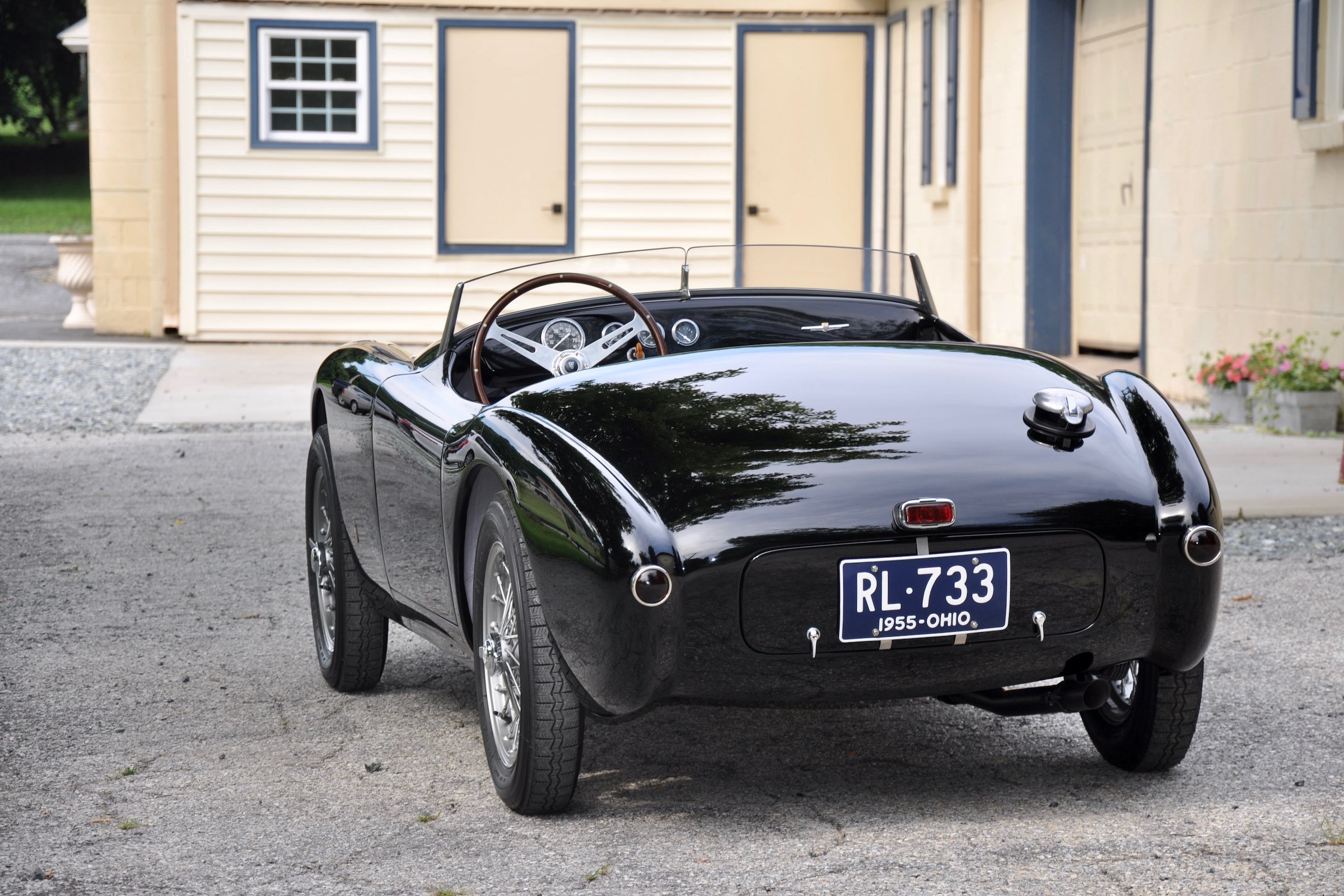 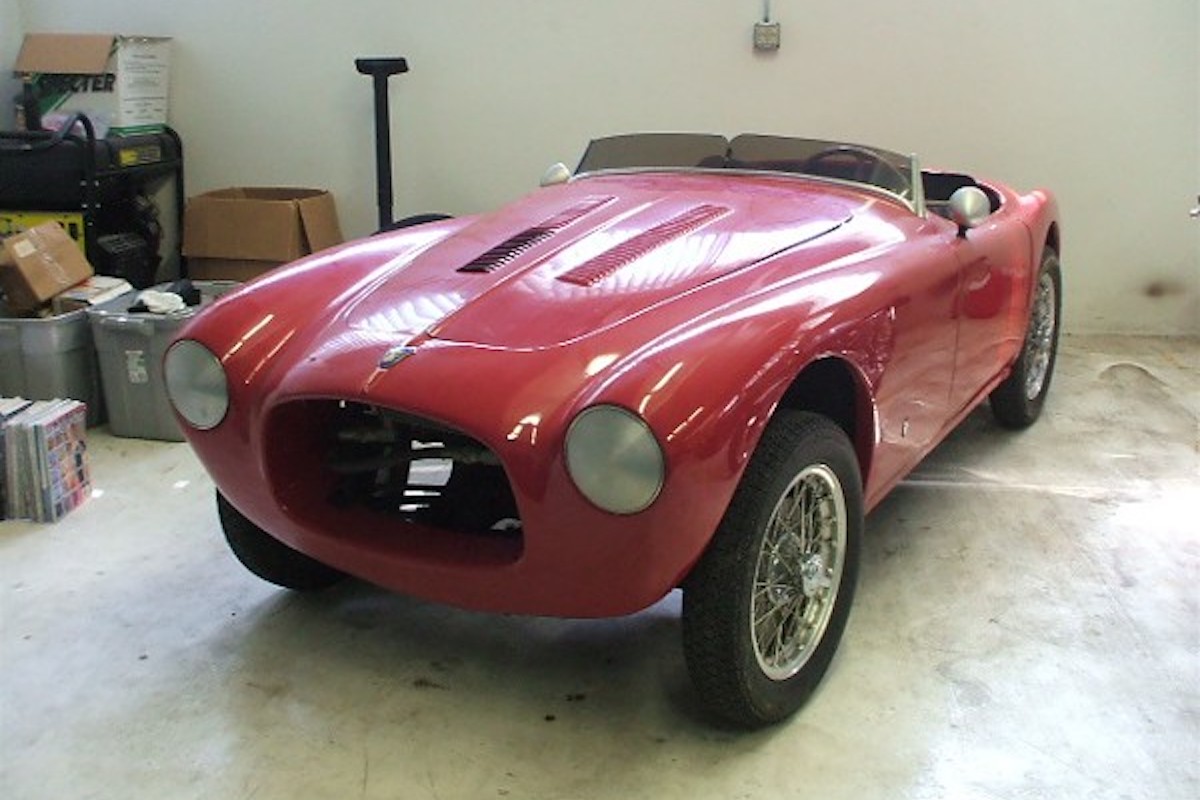 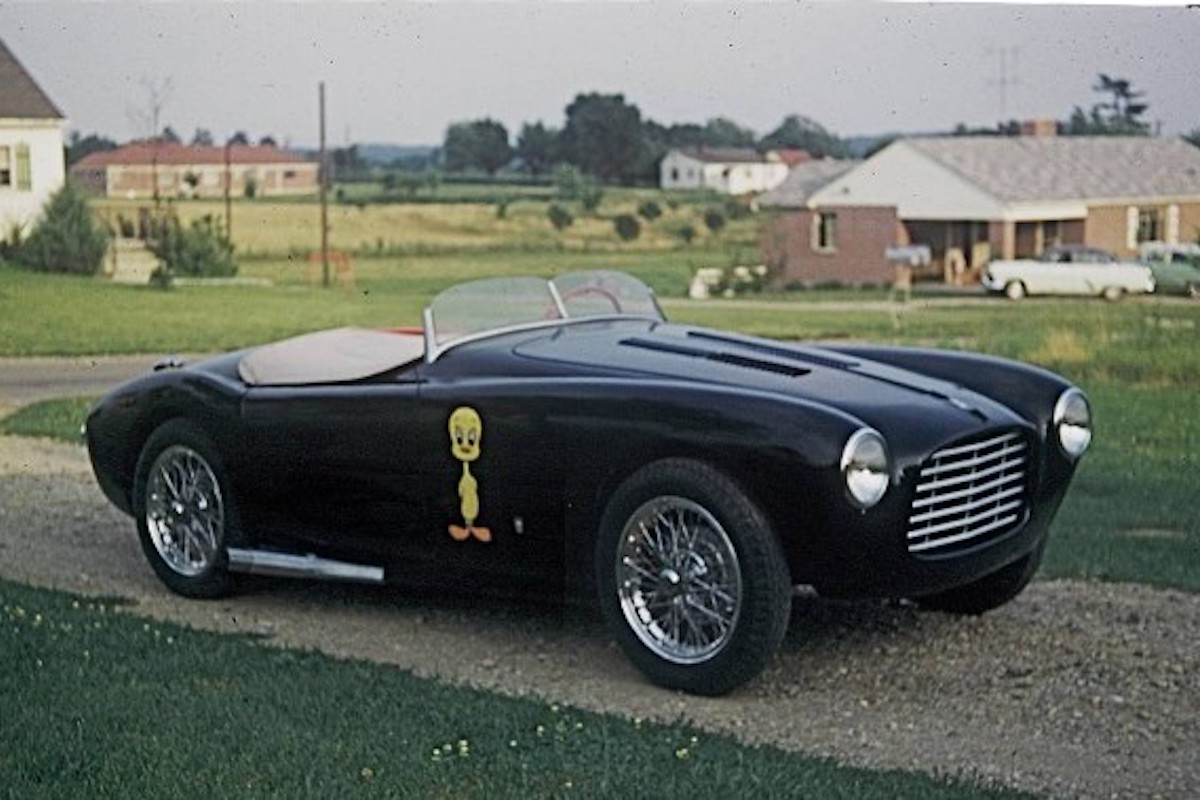 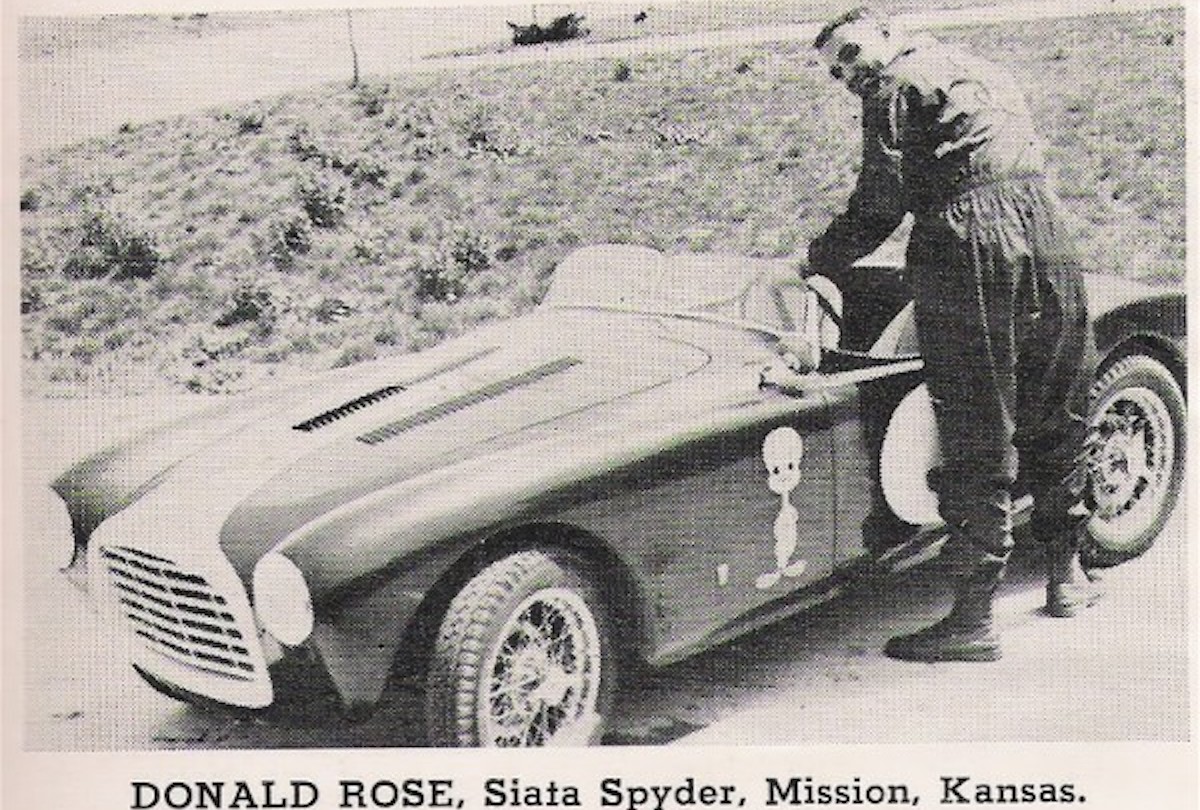 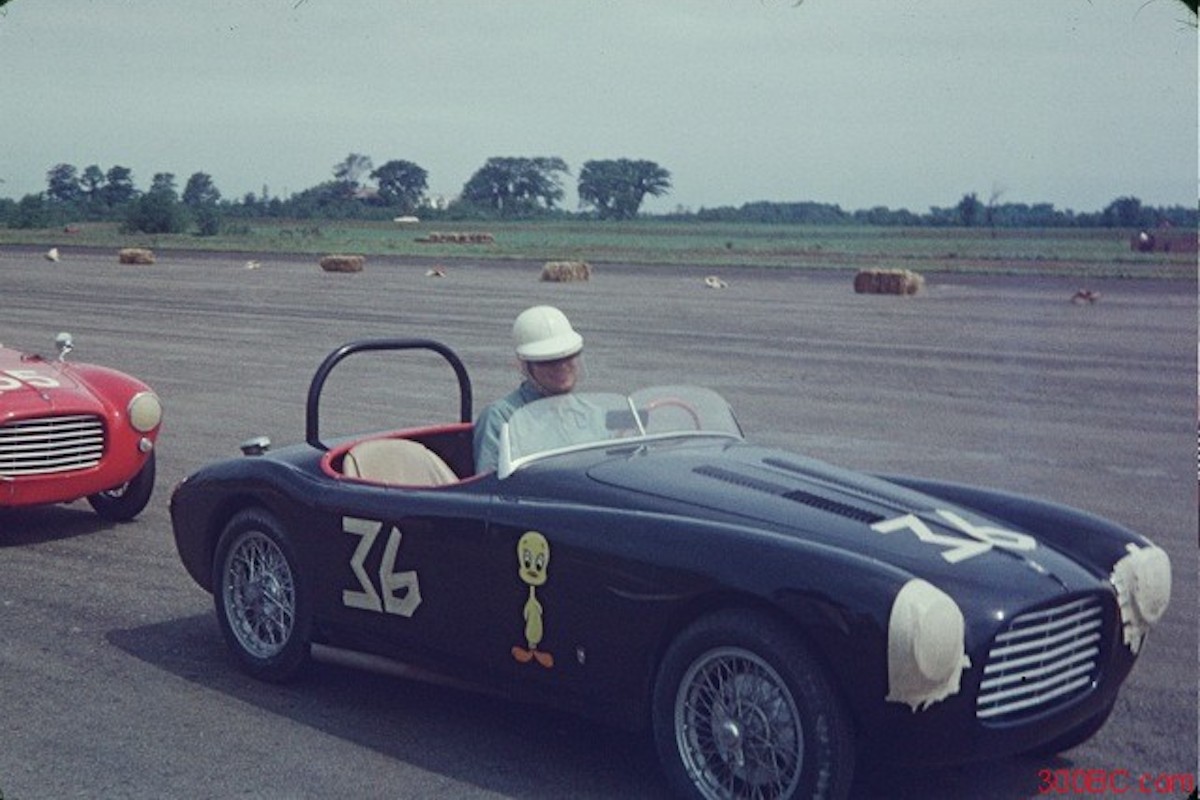 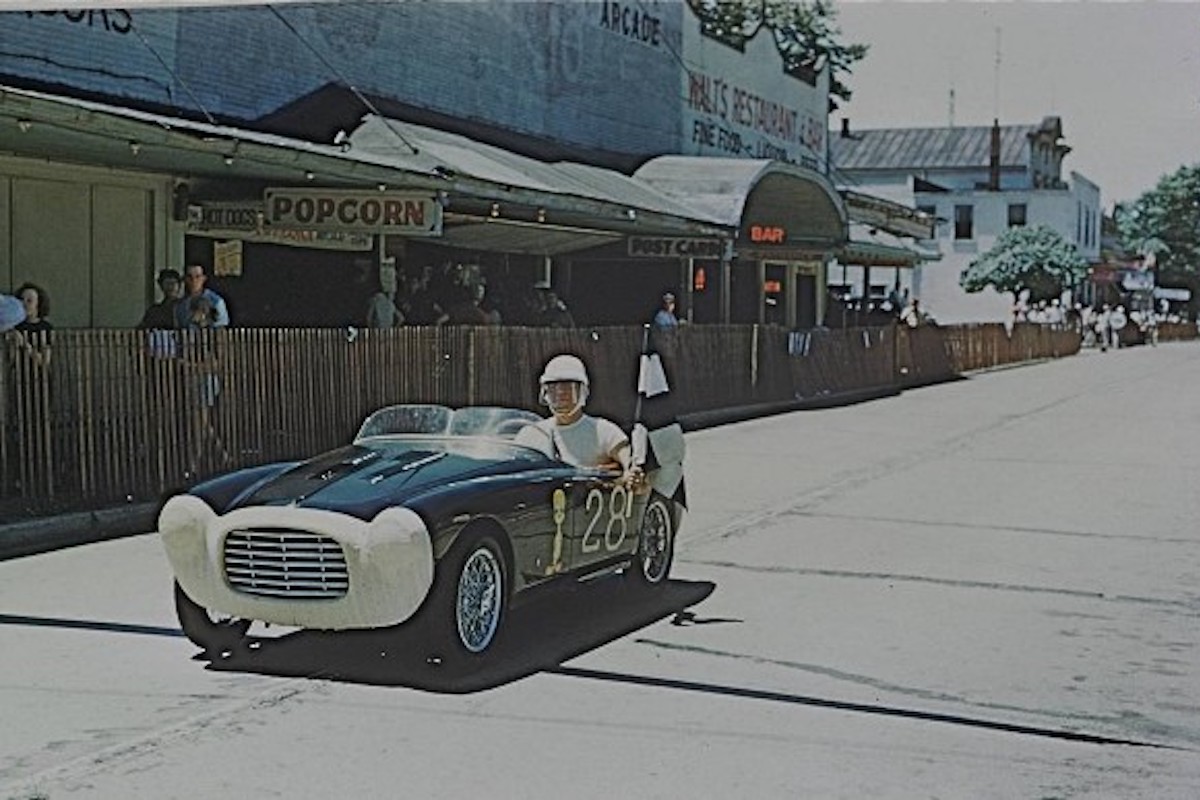 This is a well known Siata. It was first bought and raced by Donald Rose, at that time the car is believed to be red and white, but it already had the Tweety Bird logo on. It is unclear if Chuck Stoddard bought the car from Rose or from Tony Pompeo. Here is how Carl Goodwin presents it in his book They started in MGs" : "In his senior year of college he raced (a MG-TD) several times at Thompson Raceway in Connecticut. He liked it, but it wasn't quite the car he wanted, so in 1956 he got a Siata, a racing car, from a distributor in New York named Tony Pompeo. This was a lightweight machine, with no engine, that Chuck finished off with a tuned Crosley Engine and a set of stewart Warner gauges.
The little black car was decorated with a Tweety Bird Cartoon and successfully raced at Put-in-Bay and Akron Airport sports car races. He drove to a first in H-Modified at the 'Bay in both '56 and '57.
Then Chuck became a car dealer and his carline did not include Siata, so he began racing Alfa Romeo, which is what he sold - a light blue Giulietta Spider'"
After its racing days in the 50's the car went through several ownerships and was raced in bit until the late 90's.
The car is now in the customdy of famous car collector Howard Banaszak who took it to complete arestoration to its "Chuck Stoddard Days", the car has been exhibited at Amelia Island 2017 and recently in the Hilton Heads Concours.

Video of the car before its current restoration